Soo this was not a successful recipe for me. I didn’t have as many herbs as I thought I did, and was too lazy to go out to the store to get them soooo I improvised…it didn’t work. Nevertheless, they look good right? I’m sure if you follow the recipe exactly it will turn out how they should have. Oops.

Learn from my mistakes! Here is where I went wrong: 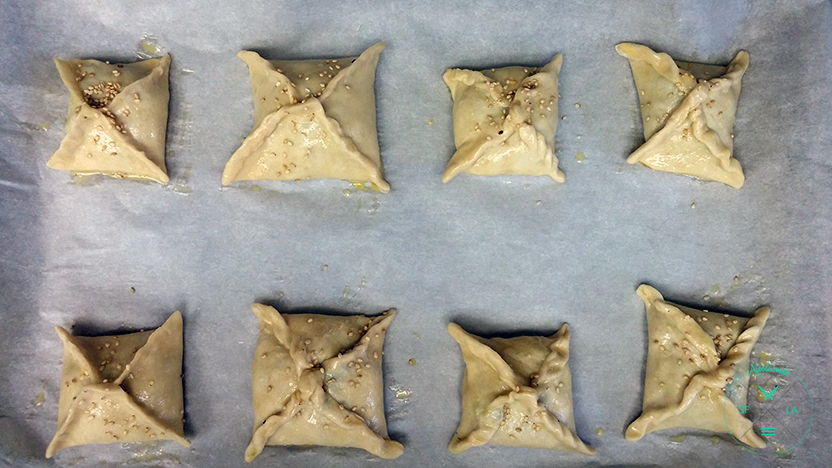 So it was all kinds of wrong, but when I mixed the filling it tasted delicious as it was! If you add a little more olive oil, it would make a tasty salad. The little pies looked great too…just follow the recipe. Don’t be like me with a bunch of pies filled with disappointment.